Alex Nunn and Stuart Shields discuss the key points from their new article in BISA journal Review of International Studies (RIS). The article asks whether there is a discrepancy between the field of International Political Economy (IPE) as we know it from recent debates about its role, distinctiveness, and contribution compared to the experience of its practitioners on the ground.

All academic fields experience periods of self-reflection often after moments of significant social realignment. In recent years, following the ‘global financial crisis’, ‘International Political Economy’ (IPE) has been no different. There has been much introspection about the state and future direction of IPE, with a particular concern to respond to zeitgeist issues of intersectional inequalities, that have hitherto been ‘blind-spots’ in the field (see special issues of Review of International Political Economy and New Political Economy). It is timely then, that our survey data collected from practicing and self-identifying IPE researchers and teachers in UK universities has found a home with the Review of International Studies enabling us to speak to those who completed the survey as well as colleagues beyond UK IPE.

In surveying self-identifying UK IPE academics we had a number of aims. We had both previously served as conveners of the BISA IPE working group, and comparing our experiences we started to detect a waning enthusiasm for cross institutional collaboration in IPE. Part of that experience was reflected in a series of conversations with IPE colleagues and friends who made comments such as:

“of course I am not really focused on IPE”

“my department doesn’t really understand what IPE is”

“My subject is IPE, but I end up mainly teaching IR theory”.

Added to this, were a set of narratives that frequently included negative comments about the scope to attract research funding, dissatisfaction with institutional pressures and difficulties with gaining promotion from ‘within’ IPE. We were also interested in the clear discomfort that many IPE researchers and teachers felt about working in what has been the remarkably long shadow cast by the ‘British-American’ debate, as well as claims that IPE might have failed to move on from the excitement of the foundational provocations of the likes of Robert Cox and Susan Strange’s interventions in the 1970s and 80s. Our apprehension was that IPE was in danger of being left behind, if not intellectually, then at least institutionally, by other disciplines, including other parts of International Studies.

With plenty of existing interventions on IPE focusing either on the intellectual content of research or ‘outcome’ data such as citation practices, we felt that there was a gap that needed to be filled by collating and reflecting on the subjective experiences of IPE practitioners themselves. We were particularly interested in the interaction between identity, institutional and employment practices and subjective experience so we chose to limit our enquiry to the UK academy. This might of course appear to be a limitation but in previous presentations of the data at conferences, and a number of informal recent conversations it’s becoming clear to us that the lessons we draw from the survey also speak beyond just the UK university system.

The survey responses were wide-ranging and we’ve summarised the headline themes that emerged:

Alongside these reflections on IPE we also think that it might be useful to compare IPE to other fields with similar institutional development histories.

One good comparative example is Criminology, which emerged as a separate discipline from the same sort of functional knowledge production that Kees Van der Pijl identified as the source of the fracture of the original ‘classical political economy’ (and its critique). Criminology did so during the 20th Century, emerging out of law and sociology in particular. Like IPE, Criminology wasn’t particularly institutionalised in UK universities until the 1960s and 70s. Over the last decade though, Criminology has become significantly more organised, gained institutional recognition and grown markedly as a discipline. It is more visible than IPE, has a growing number of undergraduate and postgraduate courses, departments of Criminology are increasingly commonplace, and it has its own scholarly association with supporting structures for its practitioners. Criminology may also emerge with a separate Research Excellence Framework ‘Unit of Assessment’ in future exercises. IPE is nowhere near this level of institutionalisation but there are significant material benefits that come with it.

Criminology has benefited from a rapid growth in student demand. We accept that is perhaps not easy for IPE to replicate, but demand is also partly driven by the success of academic practitioners in persuading the wider public that they are tackling the most significant social problems of the time. We think IPE has far more to offer contemporary society than is reflected in its current institutional footprint, including as measured by student demand.

Our article in RIS offers a moment to pause and reflect on these issues and the challenges that IPE scholars face in the UK (and increasingly beyond).

Without being prescriptive, the major ‘take away’ that emerges from the survey is a number of questions that IPE scholars in the UK might be well served by discussing in greater depth. These questions include:

As we conclude in the article, we don’t have a roadmap to resolving these problems. However, we hope that we stimulate debate on the desirability and shape of what that roadmap might look like.

We plan further surveys and will return to these questions. We are grateful both for past participation, and in advance, for future responses. It would be really interesting to hear views from the IPE community on these questions in the meantime.

Although this particular article is open access, BISA members receive access to all content from RIS (and to our other journal European Journal of International Security) as a benefit of membership. To gain access, log in to your BISA account and scroll down to the 'Membership benefits' section. If you're not yet a member join today.

Photo by alevision.co on Unsplash 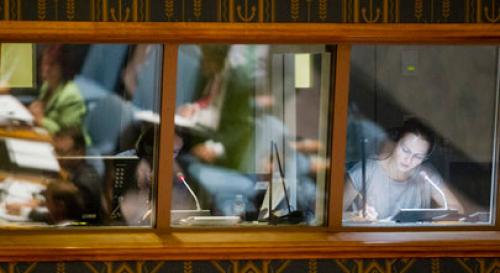 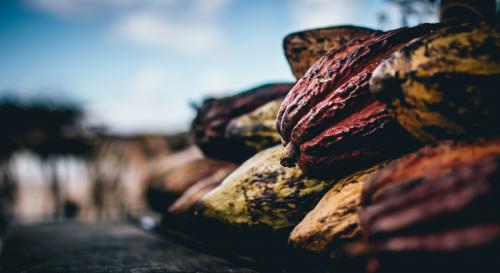 How do colonial legacies shape the contemporary global political economy?