A feminist foreign policy (FFP) has been gaining popularity across continents for the past seven years. First introduced by Sweden in 2014, it soon came to Canada in 2017, France  in 2018, Mexico and Spain in 2020. Luxembourg has also expressed interest in adopting FFP. This policy has not only been characterised as ethical, but also radical, as it aims to apply a gender equality lens to foreign policy – ranging from diplomacy and development, to trade and defense – in bilateral relations with other countries.

The norms underlying any FFP have been laid out in international conventions aimed to protect women’s rights, enhance female participation in public life, and empower women economically. For example, the 1979 Convention on the Elimination of All Forms of Discrimination Against Women (CEDAW) presents eradication of gender-based violence as a way to ensure women’s sexual, reproductive, political, economic, and social rights. Furthermore, the 2000 UNSC Resolution 1325 on Women, Peace, and Security (WPS) introduces female participation in conflict resolution and peace negotiations as a way to enhance women’s representation in decision-making. A FFP then becomes a step further by making the norms of international conventions visible in practice in state relations with other countries.

While being norm-based, a FFP is also a pragmatic policy. Even though it uses the word ‘feminist’ – a word historically reserved for political movements and activists – it does not only pursue an activist agenda. It also aims to improve women’s conditions around the world within the existing growth-oriented and patriarchal system. For that, existing FFPs have received critique. Promoting an ethical foreign policy while not fully abiding by its principles at home and abroad presents a challenge. For example, Sweden and Canada have been criticised for selling weapons to repressive regimes who violate women’s rights, while Mexico and France have been denounced for failing to stop the rising numbers of femicide in their countries.

Already a cursory examination of the policies reveal that the four states have interpreted the underlying feminist norms differently, emphasising various elements in their respective approaches. Our RIS article compares the FFPs in these countries to establish similarities and differences between them and to explain the reasons for their respective strategic choices. We do so by combining two International Relations (IR) theories – norm translation theory and strategic narrative theory.

We argue that in a chain of translating gender equality norms in Sweden, Canada, France, and Mexico, each of these states produces its own version of FFP, understandable and applicable in its national context and on the international stage. In this process, norm translation is reflected in a country’s strategic narrative. Strategic narratives are stories that states tell about themselves, other states, and a current state of world affairs by formulating a problem and proposing a solution that would create a positive image of their Selves on the international arena, help achieving their objectives, and persuade others to follow suit.

There are three types of strategic narratives: international system narratives, national narratives, and issue narratives. International system narrative articulates broader global problems (for example, poverty, international insecurity, migration, etc.) to be solved by addressing gender inequality. National narrative incorporates gender into the vision of the nation, be it a gender equal nation, a sexual minorities welcoming nation, a nation free from gender-based violence, and so on. Finally, issue narrative would zoom in at selected gender problems relevant for the country in question. We argue that these three strategic narrative types constitute the content of FFP and are influenced by the existing narratives of feminism.

There are many types of feminist narratives, but those relevant in this article are liberal and intersectional feminist narratives. A liberal feminist narrative advocates an increased presence of women in existing institutions. It stands not only for integration of women into existing institutions, but also for promotion of women into leadership positions of these institutions. Furthermore, liberal FFP supports legal reform for gender equality, women’s human rights, and success of individual women. Liberal feminism does not oppose militarism, unlike pacifist feminism, which allows pragmatism and idealism to co-exist in a FFP. The liberal narrative is the most common narrative of international organisations, international conventions, and states. An intersectional feminist narrative stands for gender equality between women, men, and non-binary persons and social justice among people of different race, ethnicity, class, and other social markers. This narrative is primarily found in NGOs, social movements, and grassroots organisations. For example, when talking about the rights of migrant women of colour, the need for combating racism and religious phobias and ensuring social justice can be articulated.

To map each FFP as a strategic narrative in four states, the texts from government communication on FFP were collected from Nexis-Uni and online in the form of policy documents, press releases, public speeches, official interviews, embassy statements, op-eds, but also media reports. In total, 110 texts from 46 sources were selected for the analysis. Using qualitative content analysis, the information on FFP in the selected texts was coded for the three strategic narrative types and two types of feminism. Below we present our summary of the analysis of four FFPs in relation to issue, international system, and national narratives.

The strategic issue narrative is dominated by liberal feminist ideas and practices in all four cases. At the same time, each state either prioritizes particular aspects of liberal feminism (legal, market, security, rights-based) or incorporates aspects from competing feminist thought (intersectional). The fact that liberal feminism runs across all four cases implies that the status quo of the basic norm of gender equality as recognised by the international community remains unchanged. The possibility to emphasise different aspects of the basic norm and even incorporating elements of a competing norm means that states have room to adjust the basic norm by localising it into their national context and transforming its content to fit their needs. As such, Sweden prioritises rights-based feminism (sexual health and reproductive rights (SRHR), sexual and gender-based violence (SGBV)), Canada – market feminism (economic empowerment), France – legal feminism (SGBV, representation), and Mexico – intersectional feminism (marginalisation).

Furthermore, a divide between economic (Canada and France) and social (Sweden and Mexico) priorities in gender equality demonstrate that there is a split between countries who would like their FFP to be more market or social policy oriented. Furthermore, a divide between the countries of the Global North (in favour of more liberal feminism) and the Global South (in favour of more intersectional feminism), as well as between the ‘big states’ (Canada, France) and the ‘small states’ (Sweden, Mexico) reveals that the basic norm is understood and practiced in different ways depending on the geopolitical and economic hierarchies of states. Finally, different takes on whether the FFP should be practiced primarily abroad (Canada, Sweden) or both abroad and at home (France, Mexico) reveal another nuance in the approach to the basic norm.

The international system narrative is dominated by references to multilateralism and the primacy of international organisations and frameworks in addressing gender issues through UN 2030 Agenda, Beijing Platform for Action (BPfA), WPS, and so on. Here, Sweden emphasises WPS, Canada and France – UN Agenda 2030, and Mexico – international and regional instruments in Latin America. These instruments place gender issues in relation to other global problems such as unsustainable development, international insecurity, poverty, climate change, and others. For Sweden and Mexico, gender inequality is the main problem and addressing it is the goal of their FFPs. For Canada and France, however, gender equality is the solution to global problems such as poverty and unsustainable development. Consistency with international instruments keeps the gender equality norm in FFP more or less the same across countries and constrains each state’s ability to substantially change it. Choosing which convention to prioritise, which global problem to emphasise, and what relationship to articulate between gender issues and global challenges provides enough room for manoeuvre for each state in norm localisation and subsequent transformation.

The national narrative is dominated by the references to the uniqueness of the Self in addressing FFP. Apart from Mexico, none of the countries tends to refer to each other as inspirations when talking about FFP. This Self-centeredness of FFP countries in their strategic national narratives makes it difficult for them to unite and form a coalition of FFP like-minded states with a collective (rather than national) identity. It also indicates that a state is keen on engaging with a basic norm, if this norm can help it to look good both nationally and internationally. This is especially the case with ‘small states’ who need to do more to gain international attention. In the case of Sweden and Mexico, both are trying to refer to other countries to ‘back up’ their policy initiatives. In comparison, Canada and France as ‘big states’ have more leverage in the international arena and do not seek substantial support from other states.

The revealed differences between these states in approaching their respective feminist foreign policies allow us to conclude that when international norms get translated into strategic narratives of states, they become part of stories that states tell about themselves and others in solving urgent problems. In these circumstances, the content of strategic narratives is no longer solely about the norms, but about actors themselves and their place in the world. This leads us to suggest that norm translation is not just about appropriation and localisation of international norms or about internationalisation of local norms, but also about national identities, images of Self and Others, and perceptions of roles that different states embrace or reject in solving pressing global issues. We therefore would like to open up a theoretical and empirical discussion about the role of strategic narratives in norm translation around the world.

Looking at norm translation from the perspective of strategic narratives also contributes to the scholarship on the instrumentalisation of gender in foreign policy. This scholarship addresses both potential benefits and harms of such instrumentalisation. While instrumentalising gender in foreign policy might contribute to the establishment of state feminism in other parts of the world, the very idea of this policy being ‘foreign’ reproduces differences in race, ethnicity, religion, culture, and class between those who promote a FFP and those who receive it. By being formulated as a coherent story, feminist foreign policy silences internal contradictions, whether between ‘progressive’ elites and business community, between state representatives and civil society, or between well-off and marginalised women at home and abroad. Our article thus invites further studies on instrumentalisation of gender through strategic narratives and norms.

Photo by Dakota Corbin on Unsplash 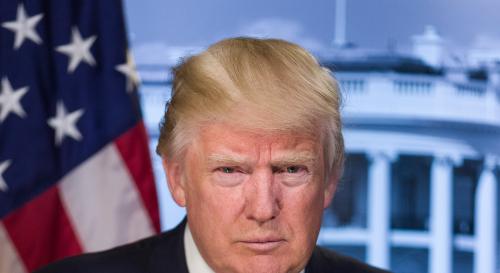 Trump opens the door for a deadlier arms race, and the danger of 'limited' nuclear war